Harry Crane and His Computer

This romance begins in the hallowed halls of Sterling Cooper & Partners in 1969. Convinced by Harry that the future of the agency depends on cutting edge technology, Management (less one Don Draper) had made the decision to plant their shiny new IBM in the creative lounge. Not everyone's so happy about that, but hey, Lou Avery knows better than the Scooby Gang. 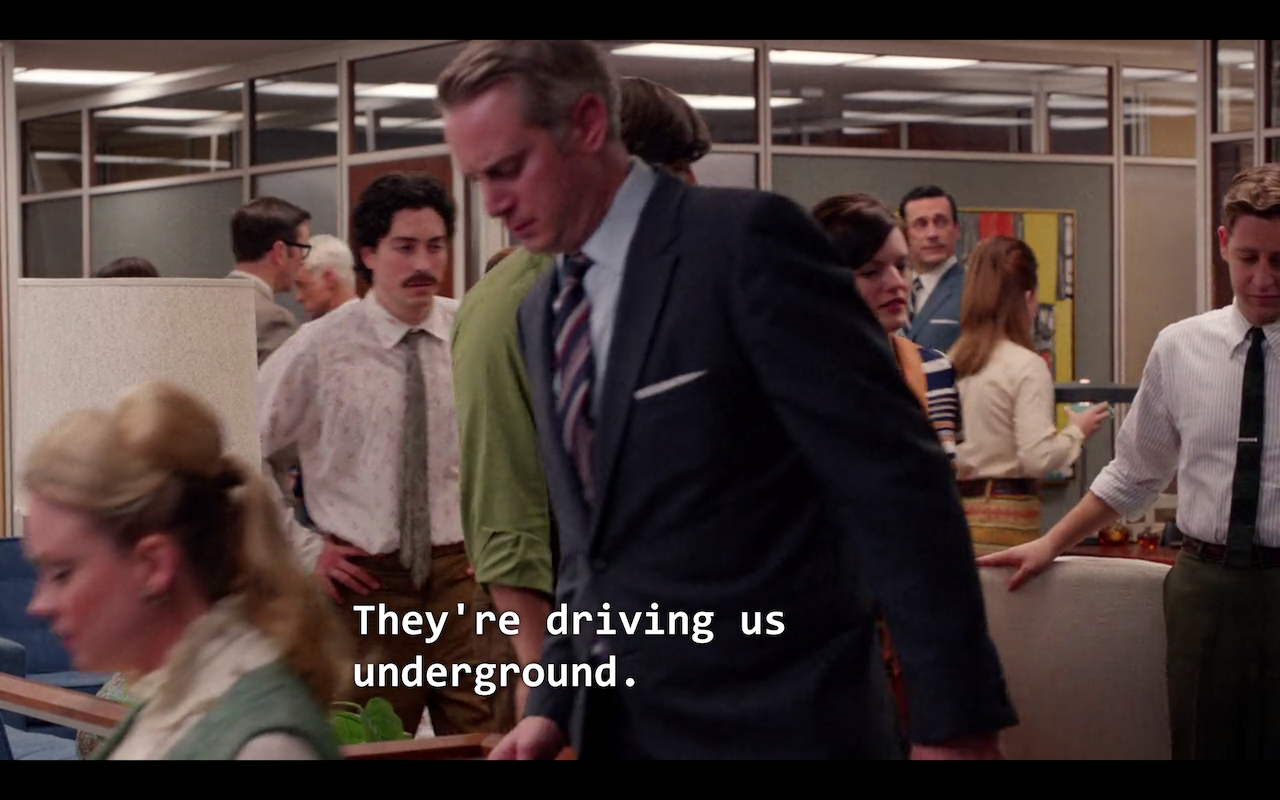 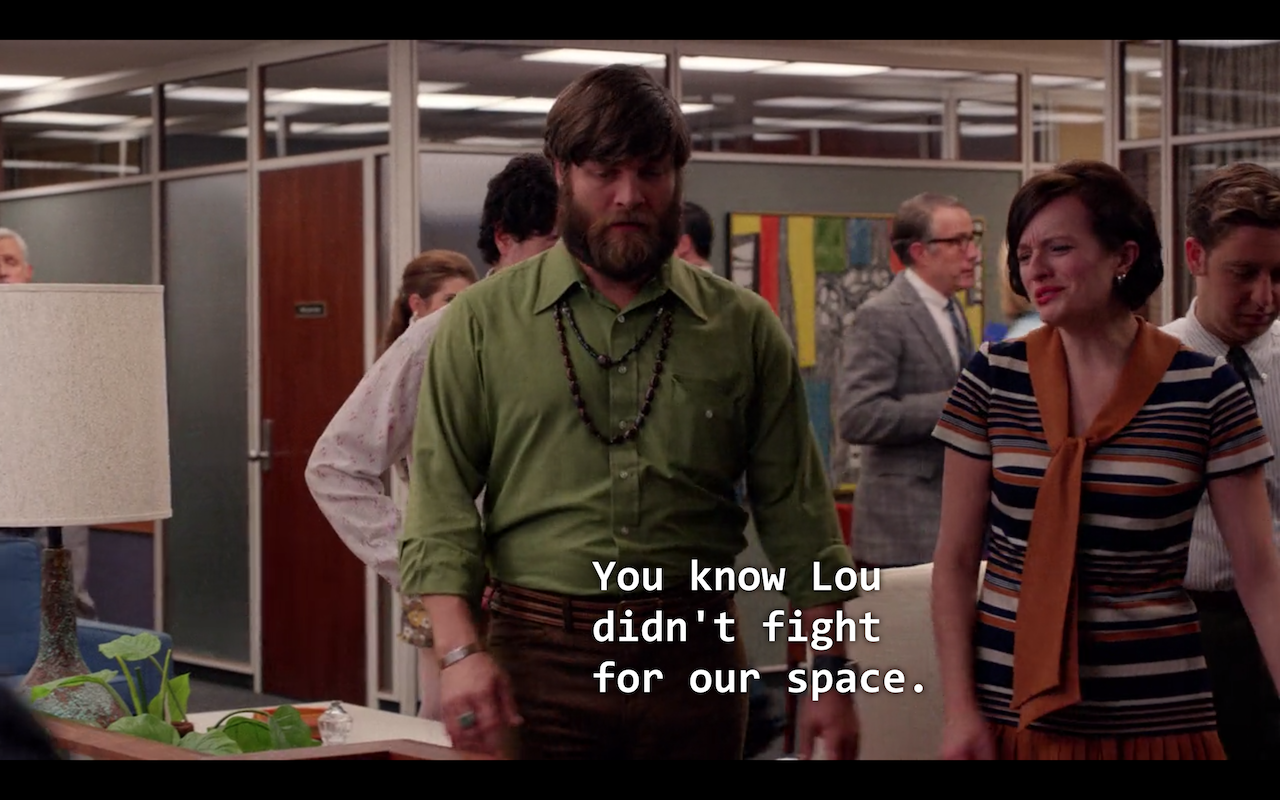 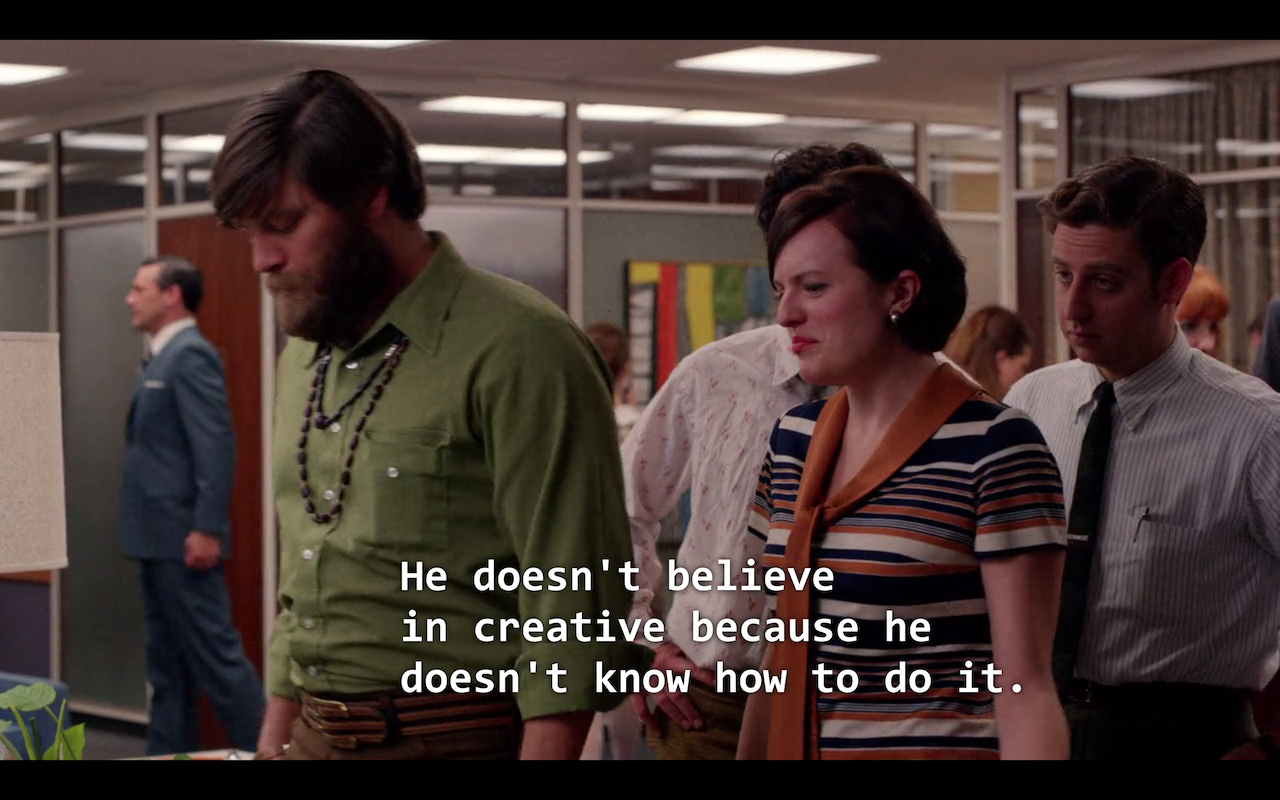 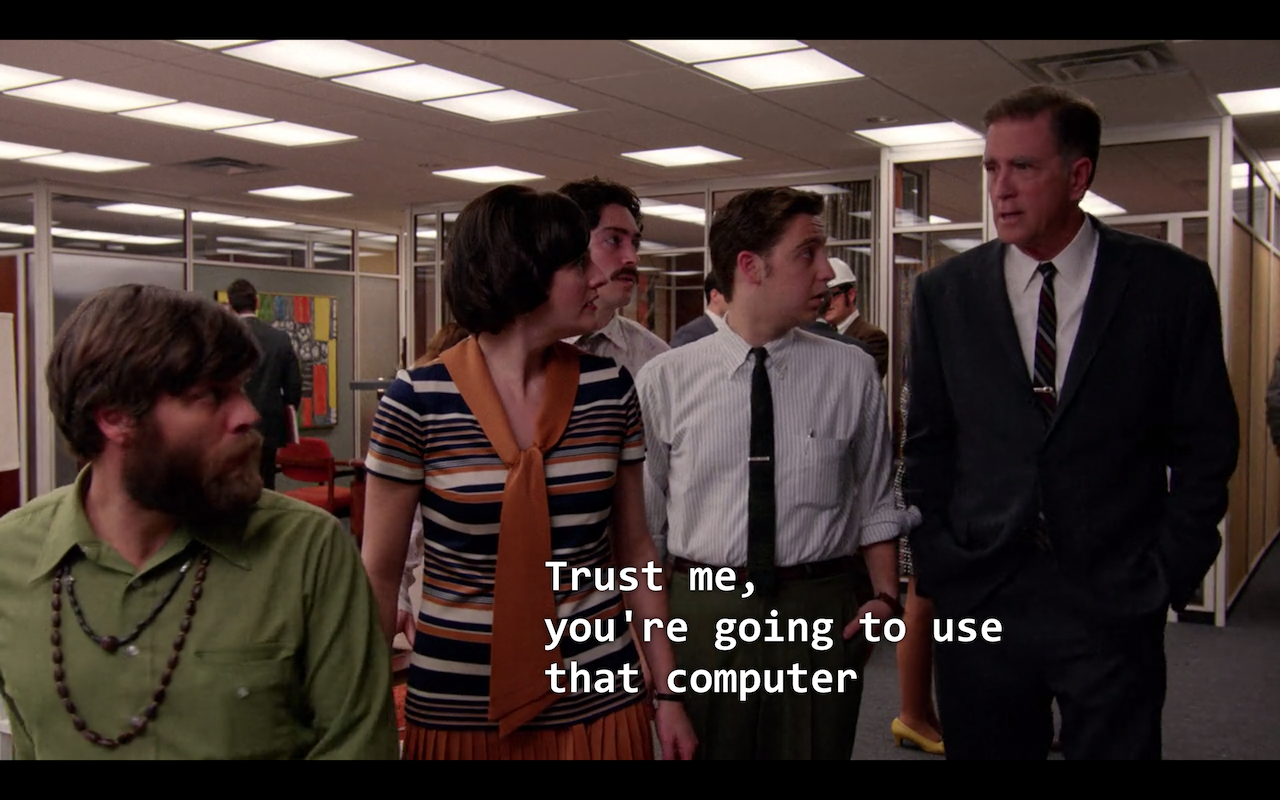